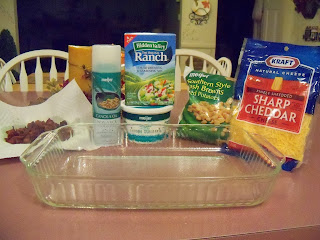 Either way you say it, you can't deny the versatility of the potato and how many different ways you can prepare one... diced, shredded, mashed, baked and roasted, and anyway you make them they are delicious!  This is a recipe I have seen posted a lot on Facebook and Pinterest and I have been really wanting to try it out, so for my son's birthday I served a Cherry Barbecue Pork Roast that I made in the crock pot and instead of my usual side of roasted redskin potatoes, or the well known cheesy hash brown potatoes I thought I would give this recipe a try.  We had the Grandparent's over to celebrate my son's birthday and they did not get the word "crack" (usually how they are described on the internet because they are so addicting, hahaha), so instead I called them ranch potatoes! They were easy to throw together, and everyone liked them so with my own "tweaks" here is my version of "Crack Potatoes."

"Crack  Ranch Potatoes"
1 large package of hash brown potatoes (I used the southern style because that is what I had in my freezer but most recipes call for the shredded has browns... next time I think I will try those)
2 16 oz. containers of sour cream
2 Cups shredded cheese
2 envelopes of Ranch Dressing
1/2 pkg. bacon, cooked and crumbled (most recipes call for 2 6 oz. pkgs. of real bacon bits but real bacon is always better)

Directions:  Pre heat oven to 400 degrees, and spray a 9" x 13" pan with non stick cooking spray.  Mix the sour cream, cheese, ranch dressing and bacon in a large bowl.  Stir in the hash browns until coated, and spread into your prepared dish.  Bake in a 400 degree oven for 45 to 60 minutes until bubbly and a little brown around edges and top. 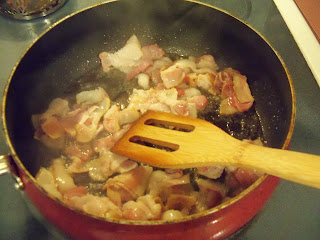 Brown bacon in a skillet on the stove 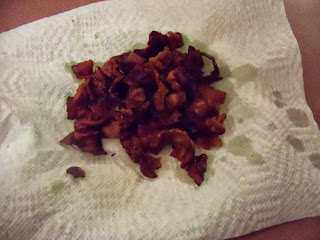 Drain excess fat off crisp bacon on a paper towel 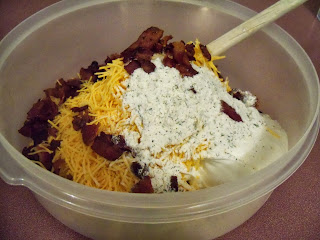 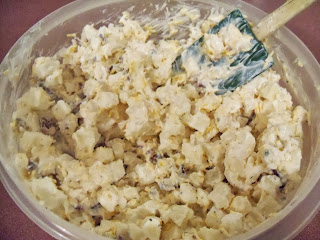 Once ingredients are combined well stir in hash brown potatoes 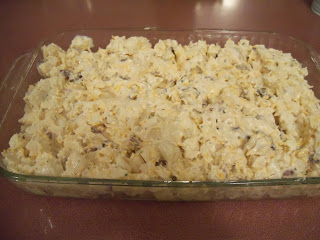 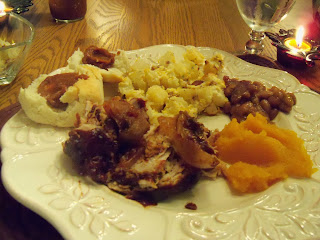 Along with our ranch potatoes we served cherry barbecue pork, butternut squash,  baked beans, sweet & tangy crunch coleslaw, warm biscuits with homemade maple nut butter and pumpkin pie for dessert.  No one left hungry, and we had plenty of leftovers!

Posted by thebluespottedowl.com at 6:47 AM