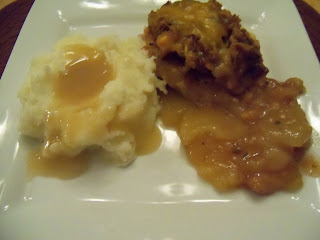 This is a sweet and savory dish that is great for the fall and winter.  It happens to be one of my daughters favorites, so when she came home this weekend from college sick, I decided to make her this for dinner one night (her Dad says I am spoiling her but that's what Mom's do, right?)

Directions:  Pre-heat oven to 350 degrees.  Season pork chops with salt, pepper, and garlic powder. Brown pork chops in a pan on the stove top in a little olive or canola oil. While pork is browning prepare the stuffing according to directions (I do it in the microwave.)  Spray a 9 x 13 inch pan with non-stick cooking spray and put the can of pie filling in the bottom of the pan and sprinkle with a little cinnamon.  When pork chops are browned, place on top of the apple pie filling in the 9 x 13 dish.  Put a large spoonful of stuffing on top of each pork chop smushing down so it stays in place.  Cover with foil and bake in 350 degree oven for around 30 minutes util pork chops are cooked and tender. Remove from oven and sprinkle with a little shredded cheese and put the foil back on to melt cheese.

Notes:  I had a large package of pork chops (9) so I used 2 apple pie fillings and 2 stuffing mixes but there was a lot of stuffing left, Jessy loves stuffing so I just served the extra as a side! 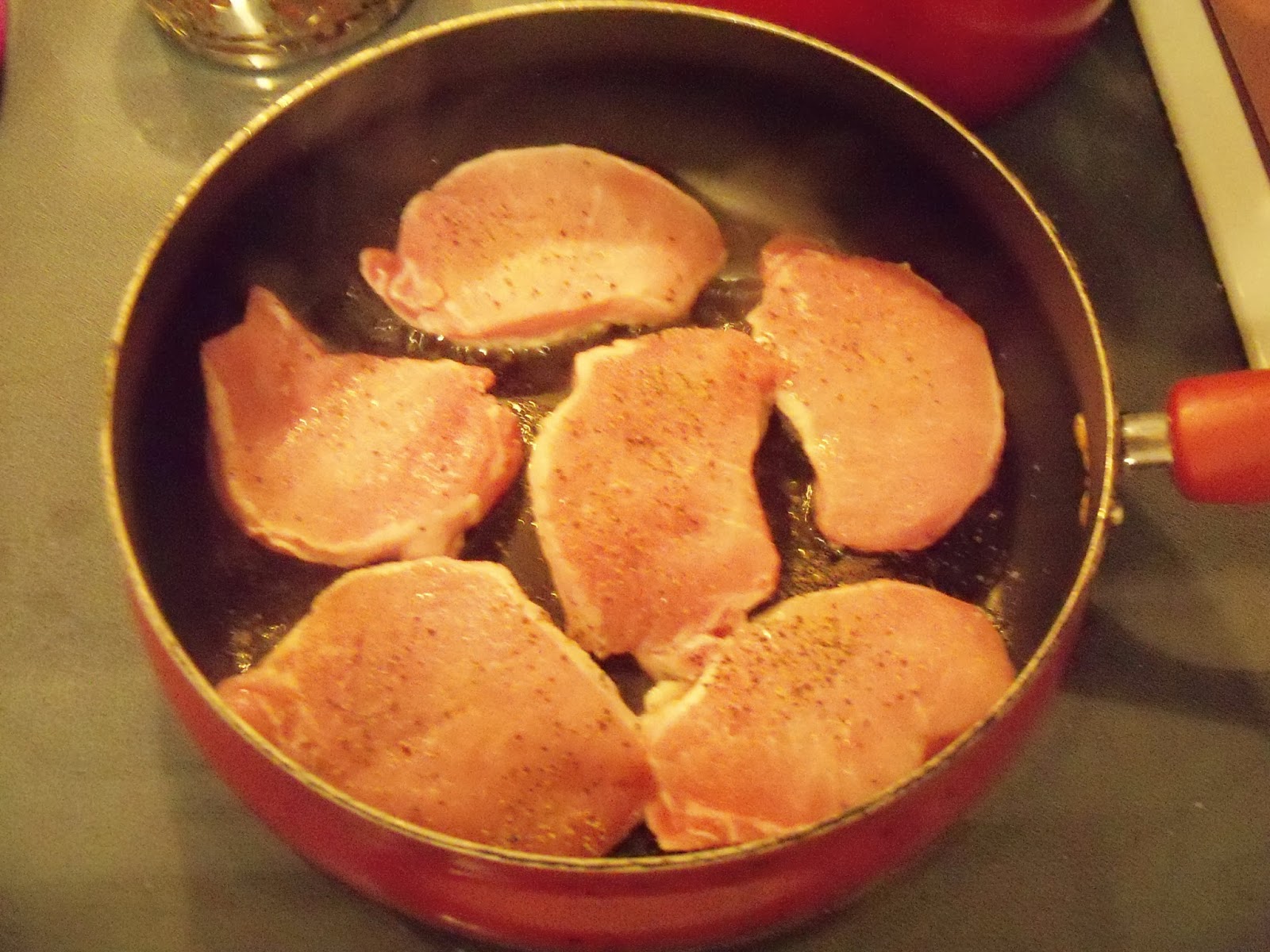 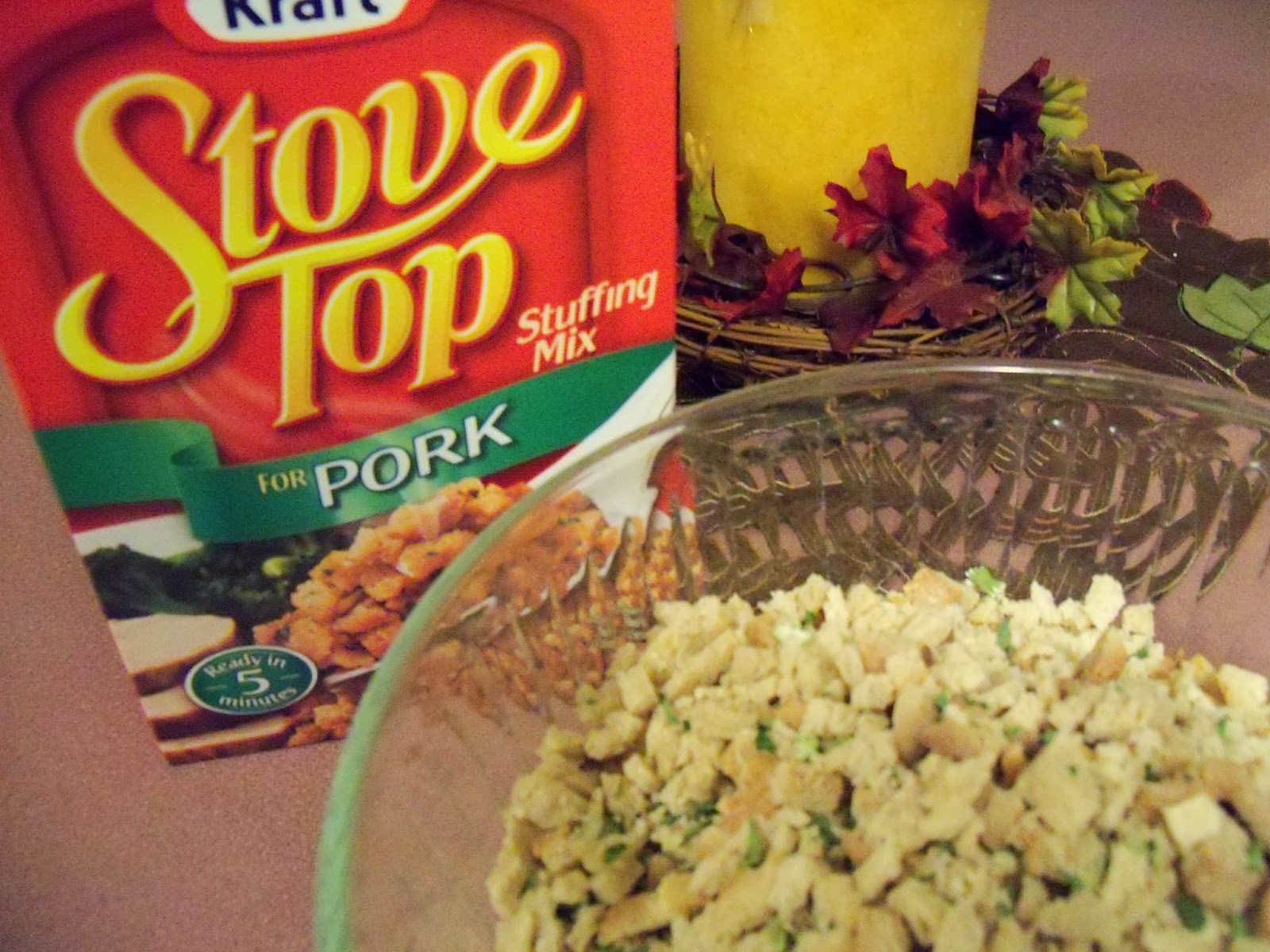 Make stuffing according to package directions (I use the microwave directions) 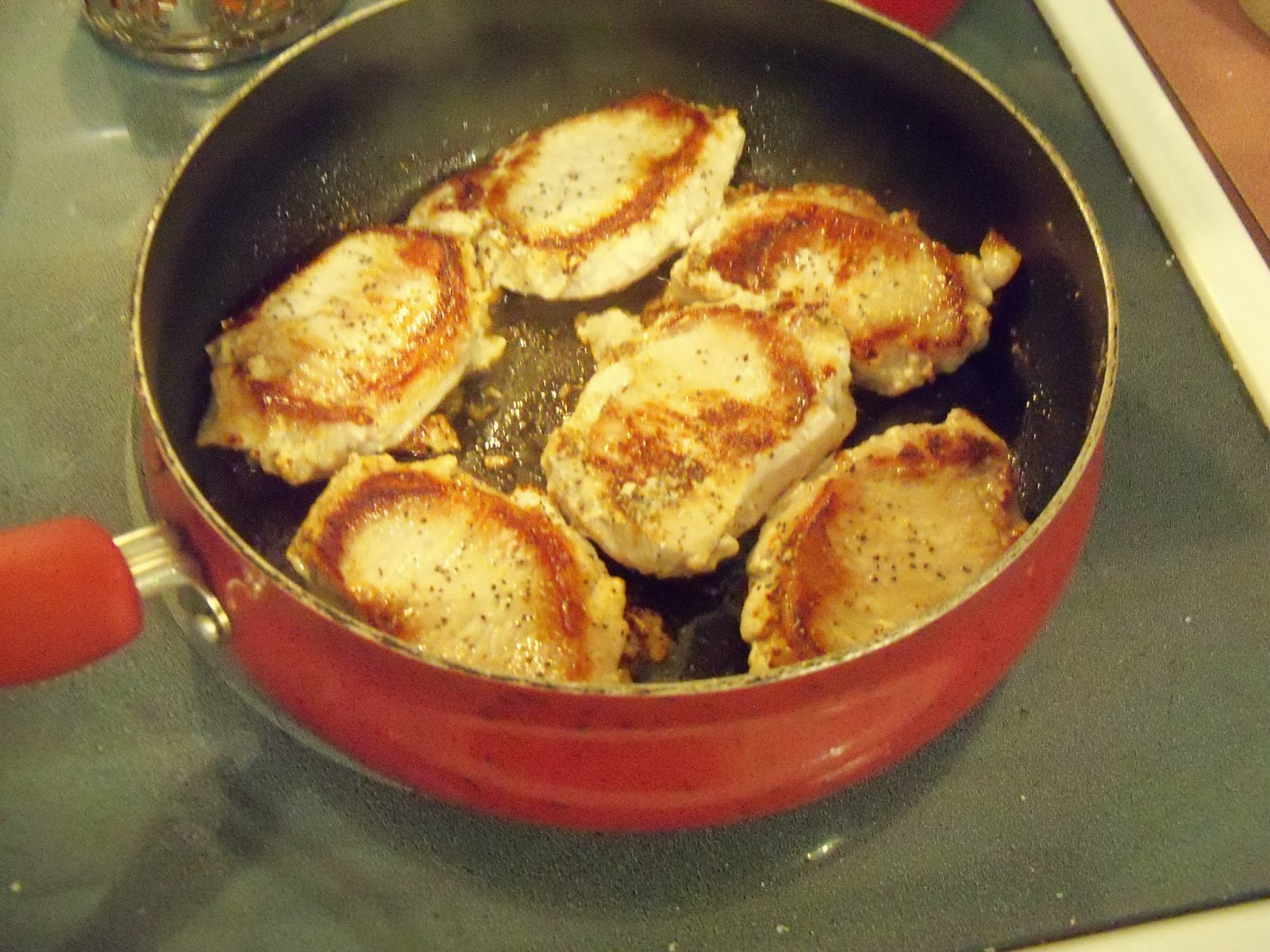 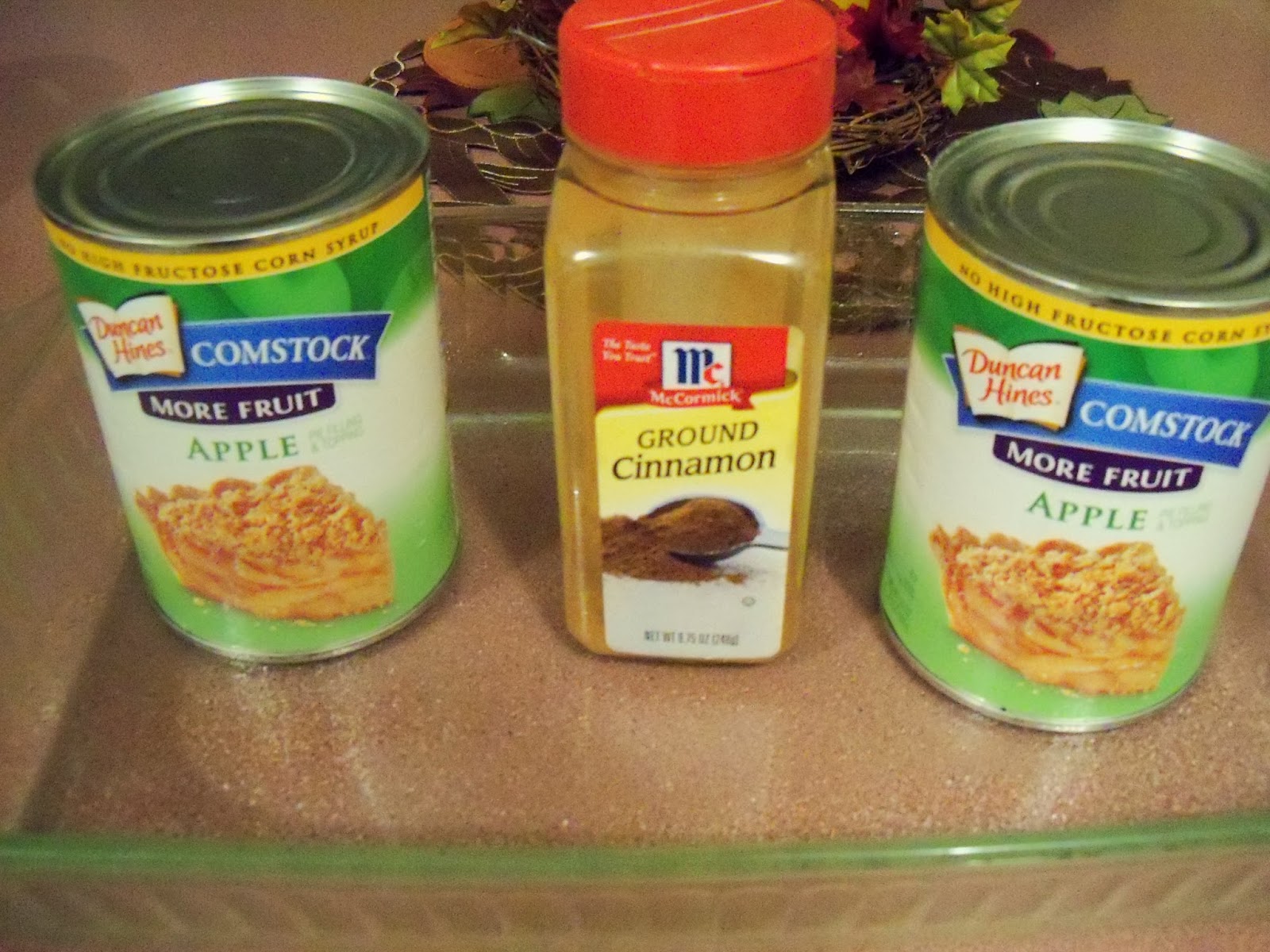 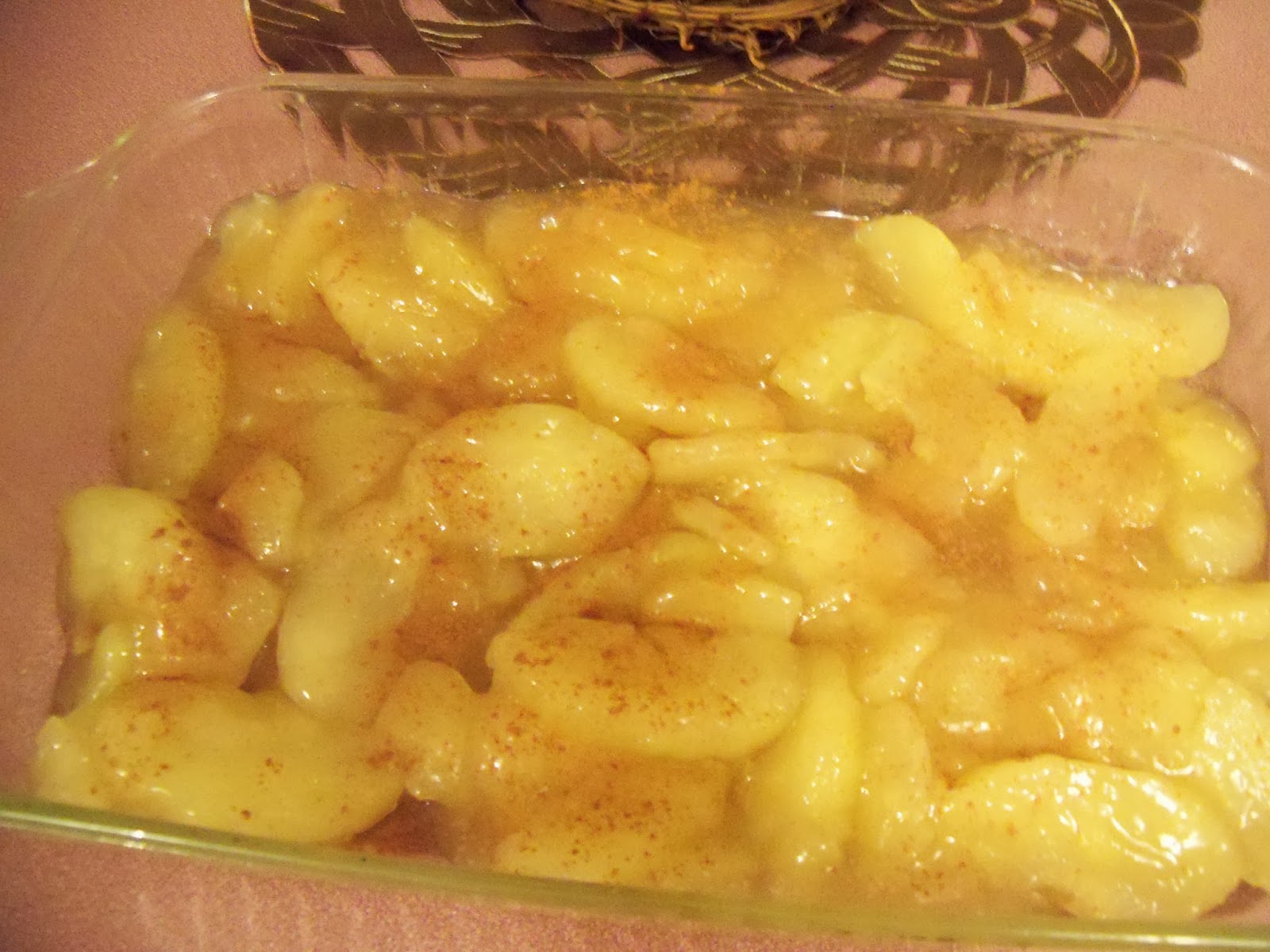 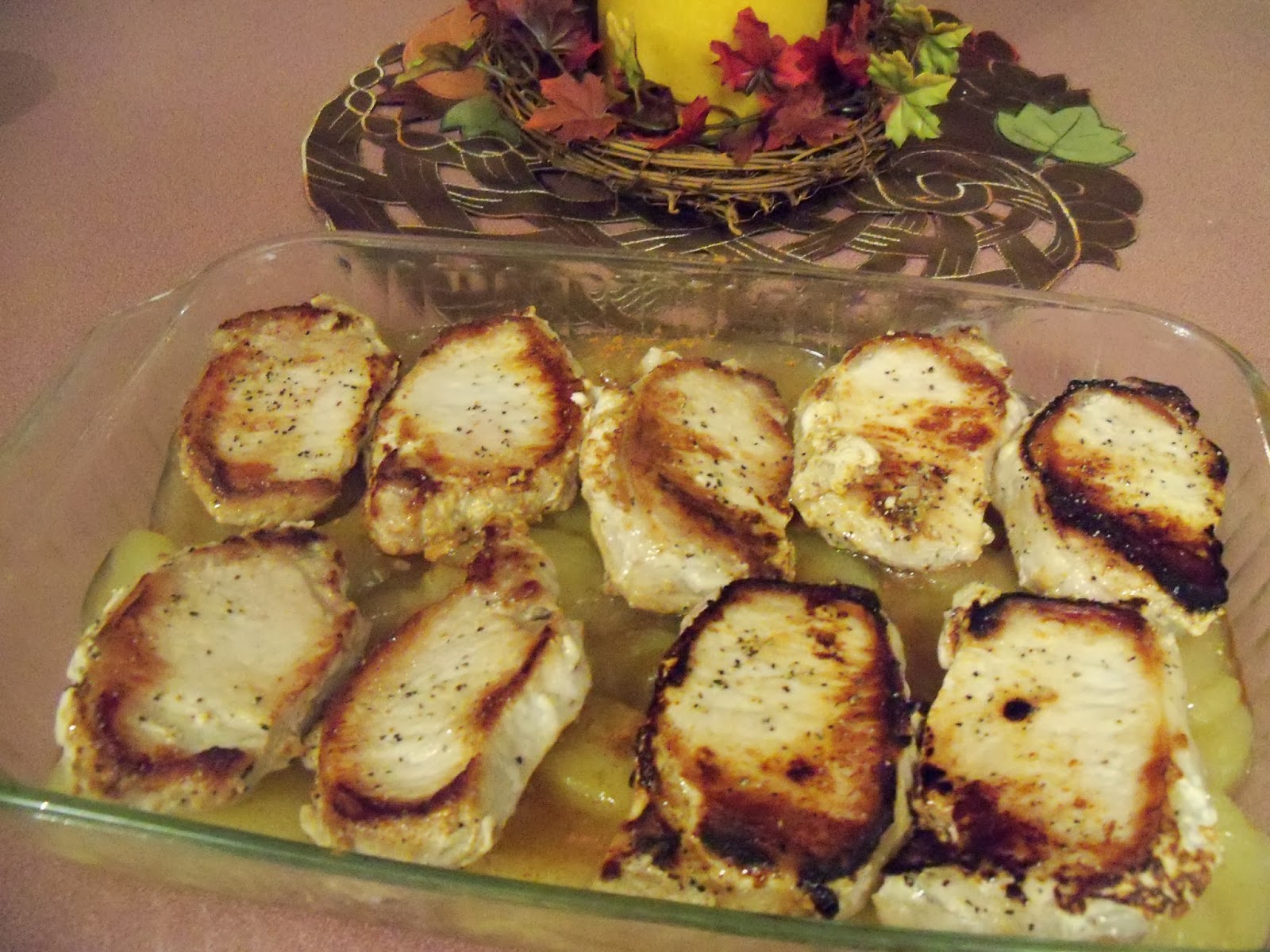 Place pork chops on top of apples (ops! I over browned a few) 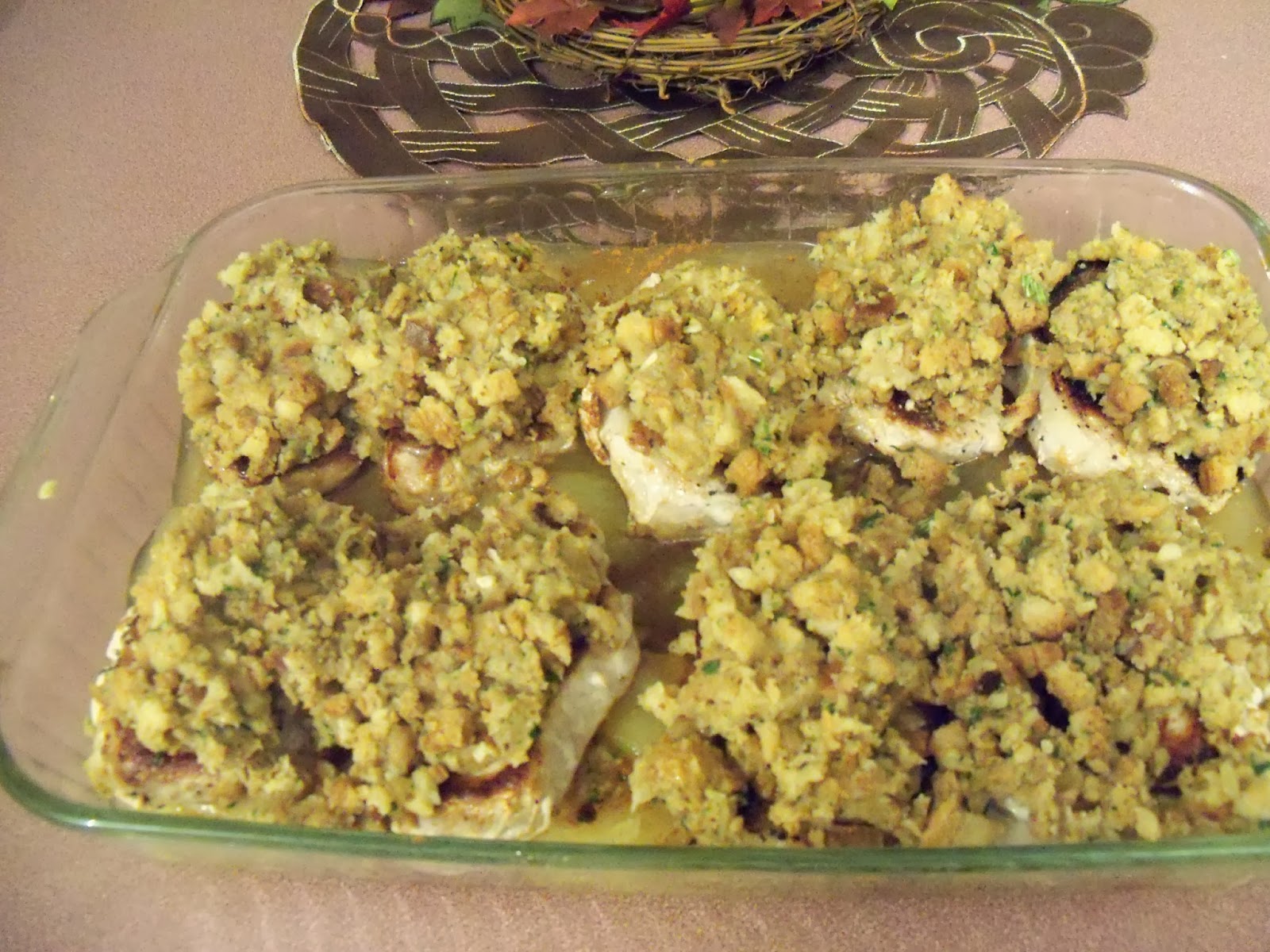 Place a scoop of stuffing on top of each pork chop 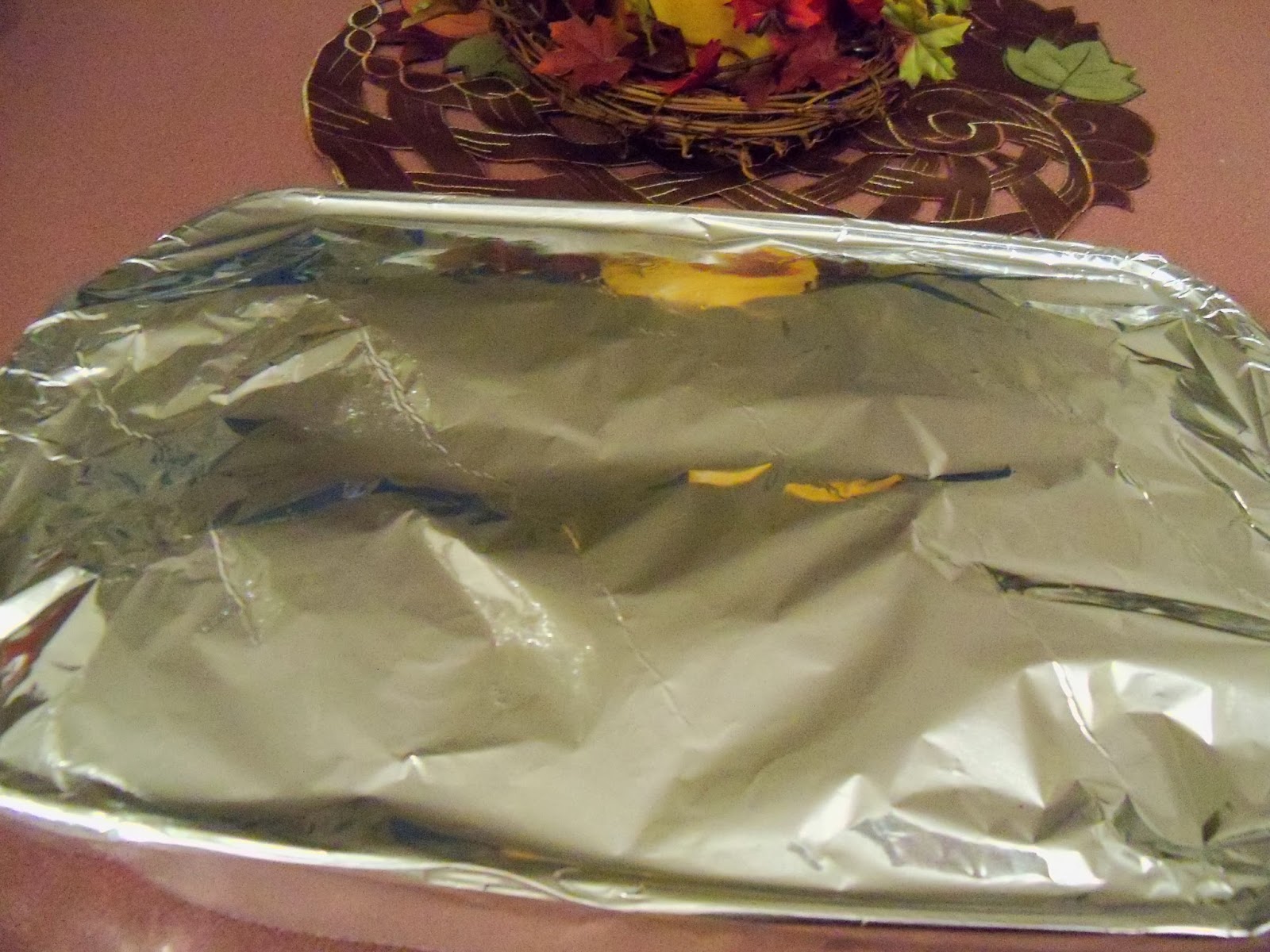 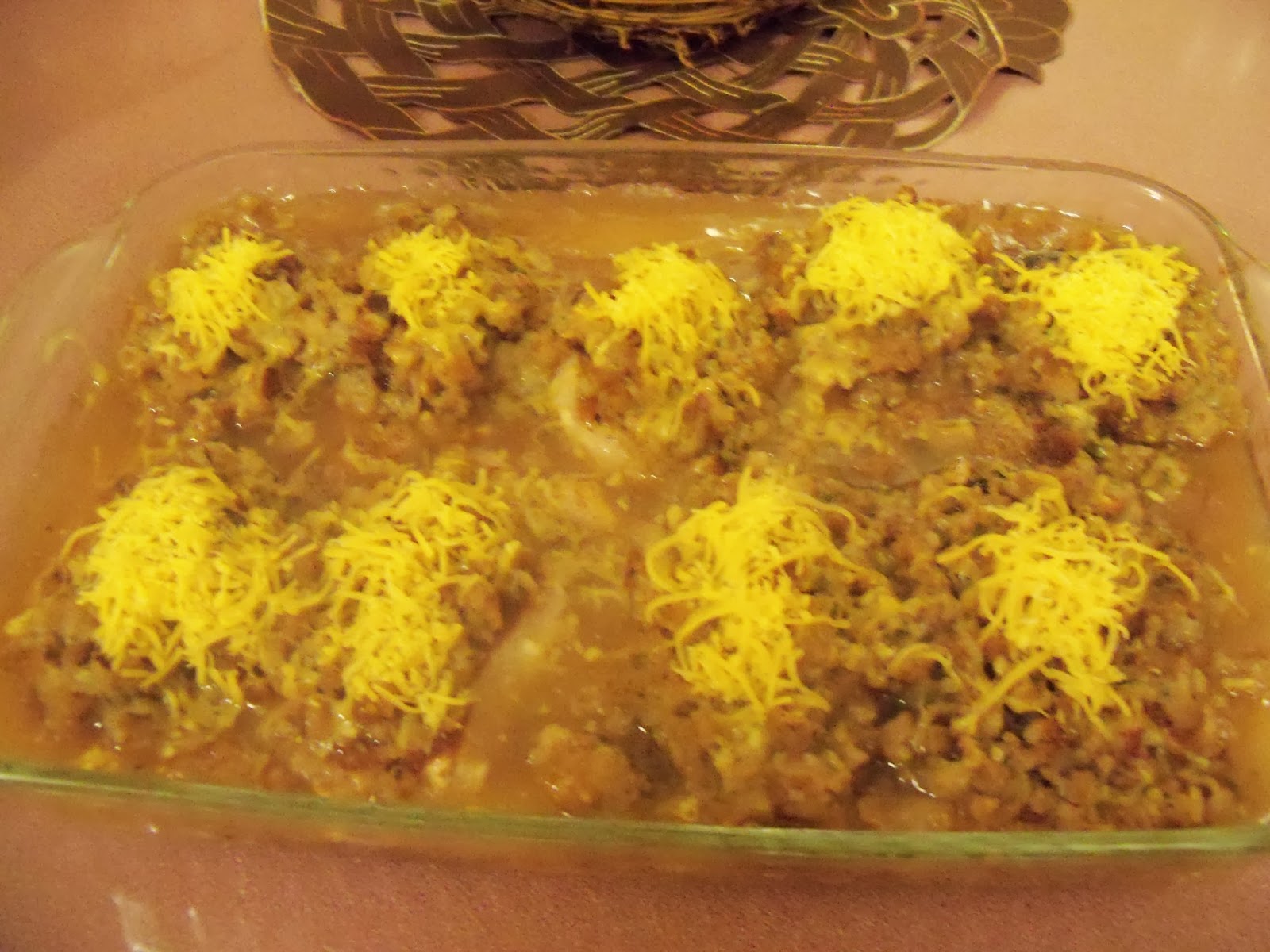 Take it out of the oven, and sprinkle with the shredded cheese,
cover again with foil to melt the cheese 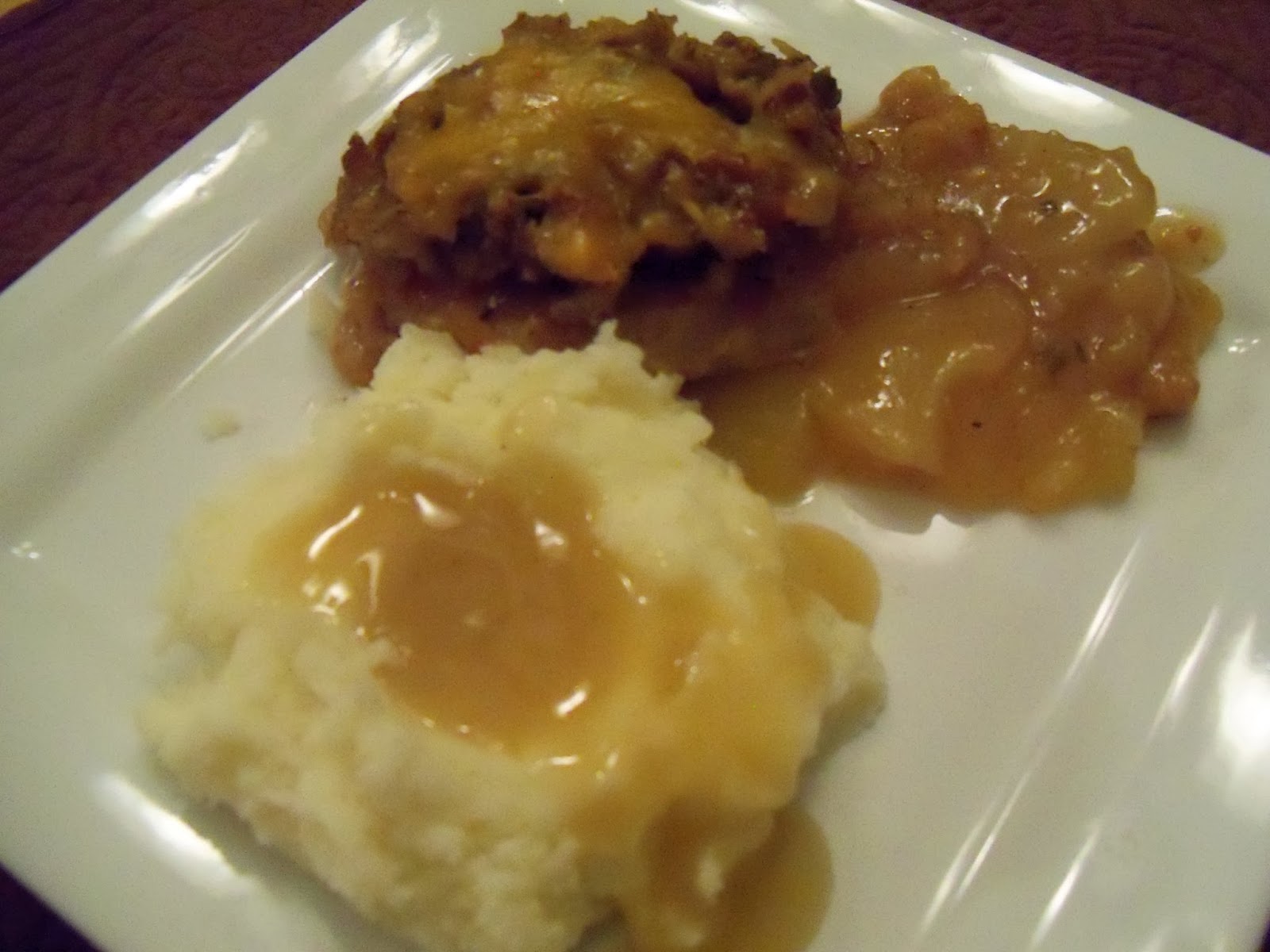 Posted by thebluespottedowl.com at 5:55 AM