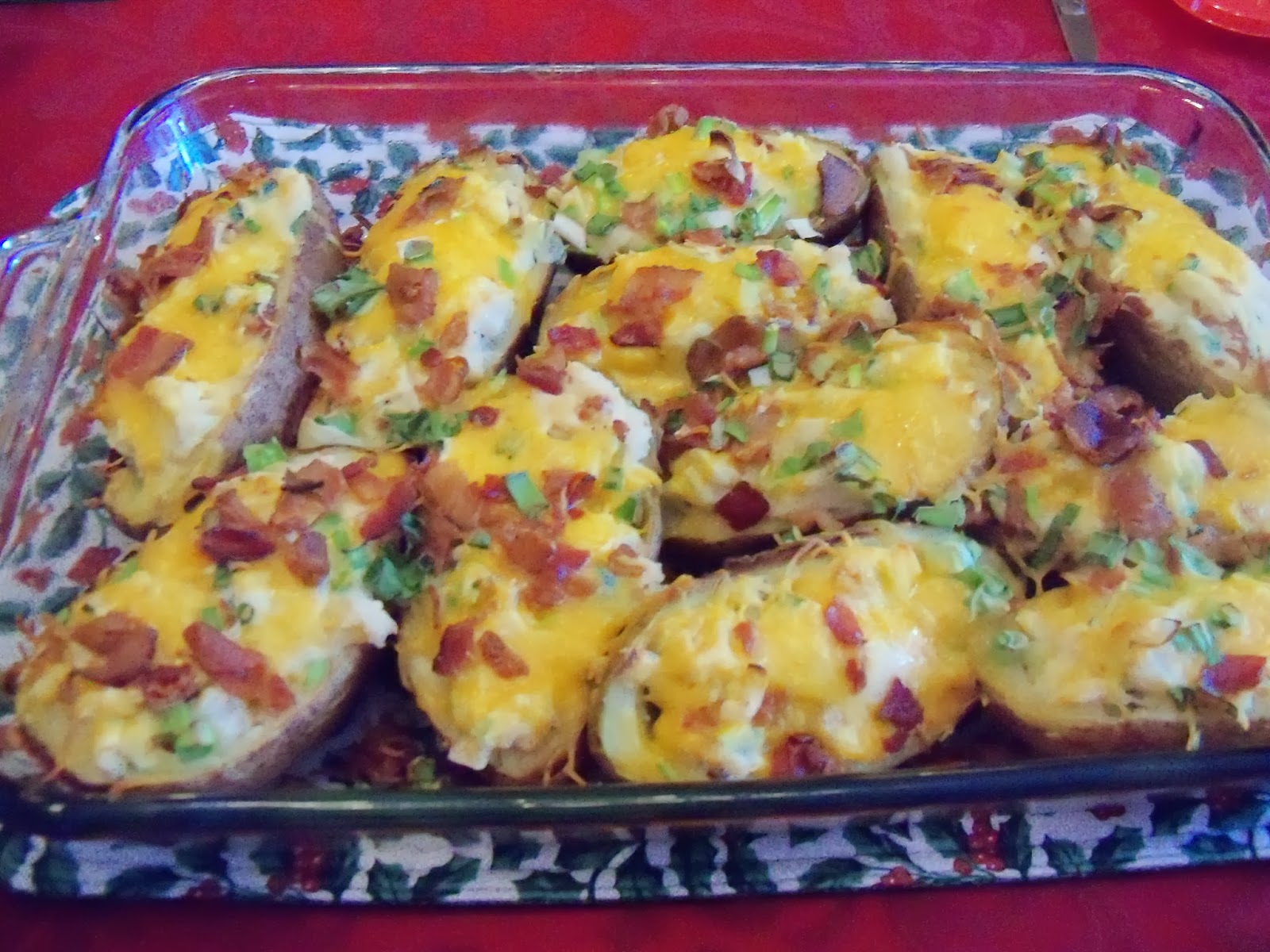 We served these lovely twice baked potatoes on Christmas Day. We made them a day ahead and put them in the fridge before baking them the second time and they turned out fantastic! This was a great idea, and saved a lot of time. We were able to enjoy Christmas morning opening presents, drinking coffee, and spending time with our family instead of running around trying to get dinner ready!

Directions
Prepare potatoes by washing, drying and piercing skin with a knife in several spots. Brush potato with olive oil and coarse salt. Bake potatoes in preheated 375 degree oven for about an hour or until tender.  Take out of oven and allow to cool slightly.  Cut potatoes in half and gently scoop out centers making a potato boat, leaving a little to keep the skins firmer to hold filling.  Put the scoop centers in large bowl and mash with butter, salt, pepper, sour cream, and cream cheese. Whip with electric mixer until creamy.  Add 1/2 cup of shredded cheese, a little of the crumbled bacon and a little of the onions and stir to incorporate (leave some bacon, onions and cheese to sprinkle on top). Gently scoop filling back into potato boats.  Sprinkle with other 1/2 cup of shredded cheese, bacon and green onions.  Bake in 375 degree oven for 15 minutes until warm and cheese is melted.

Cooks Notes -  I made these the day before I planned to serve them, so I covered them with foil and put them in the fridge before baking the second time.  When ready to serve, pull them out of the fridge and let the chill come off, place in oven and bake for about 1/2 hour or until warm and bubbly! Enjoy! 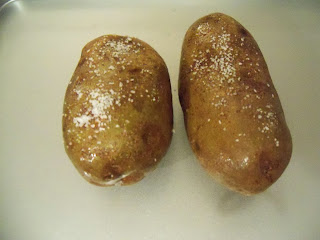 wash and scrub outside of baking potatoes.  Rub olive oil and coarse salt over the outside of the potato, and pierce skin with a knife a few times.  Lay on baking pan and bake in 350 degree oven for about an hour until tender. 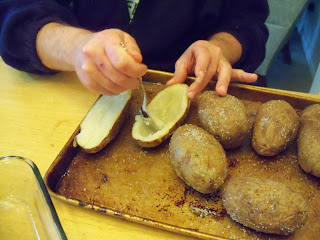 When potatoes are tender, remove from oven and scoop out most of the centers, leaving a little so the skins stay firm (like a little boat).  My Sou Chef John helped with this step! 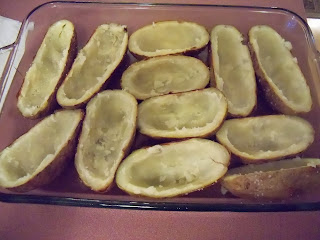 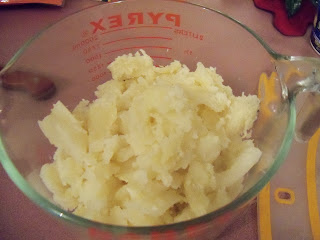 Place the potatoes that you scooped out into a large bowl 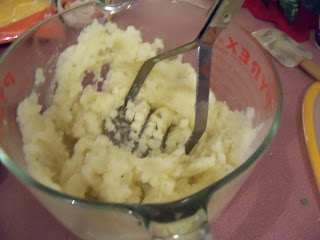 Mash potatoes with butter, half and half (or milk), sour cream, cream cheese and salt and pepper to taste 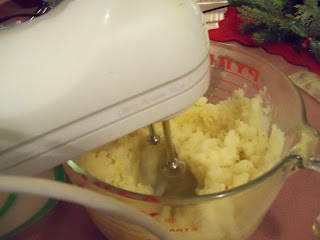 Whip until smooth like you are making mashed potatoes 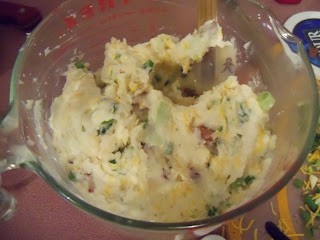 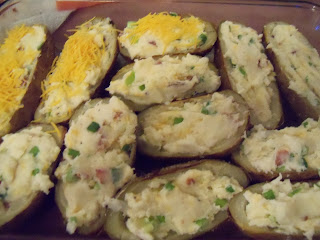 Place the potato mixture back into the potato skin.  Sprinkle with remaining cheese, bacon, and green onions, and bake in 375 degree oven until warm and cheese melts.

We made them a day before serving so we covered with tin foil and placed in fridge, we pulled them out ahead of time to get the chill off and then baked.  It took a little longer because they were cold from being in the fridge but they turned out fantastic and saved time on Christmas Day!

These would be nice to serve at any special dinner... New Years Eve is coming up, maybe you should give them a try!

Sandy
Posted by thebluespottedowl.com at 7:41 AM