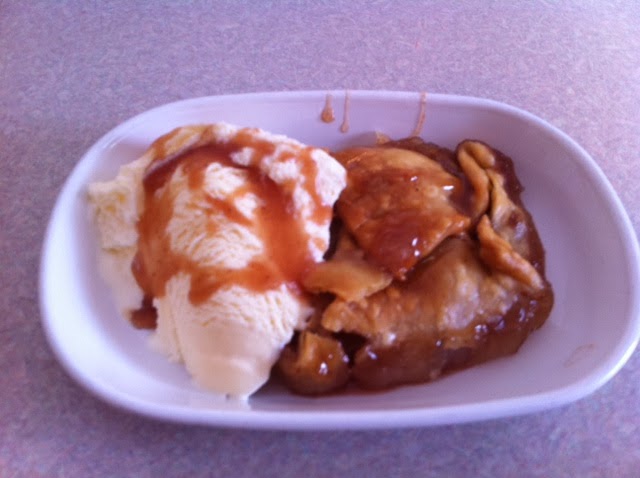 This is my Mom's recipe and she has been making these delicious little pie pockets for as long as I can remember.  We wised up and instead of making our own dough which is time consuming, we just used refrigerated store bought pie crust!  This would be a great recipe to try in September when the apple harvest is plentiful! 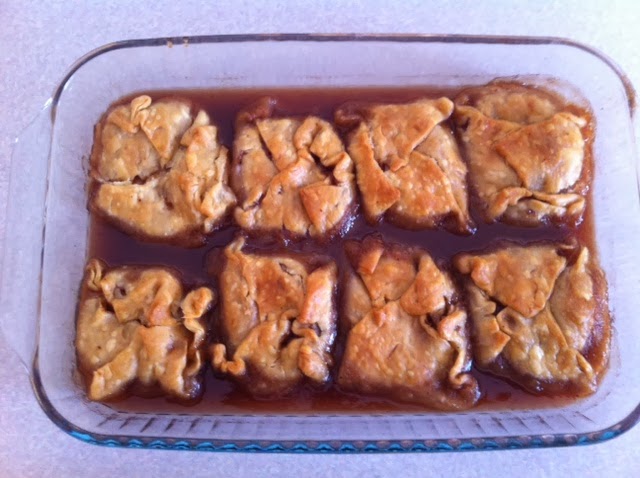 Directions: Get pie crust out and let set out on the counter for about 15 minutes until it gets to room temperature.  Unroll both pie crusts and cut each into 4 triangles.  Peel core and slice apples while the pie crust is coming to room temperature.  Place as many apple slices as you can fit on to the large end of the pie crust triangle.  Mix 2 Tbs. sugar, and 1 tsp. cinnamon together in a small bowl and sprinkle apple slices with about 1 tsp. of the cinnamon sugar mixture each. Place a small pat of butter on top of apples and fold dough starting with the pointed and, to encase the apples.  Moisten the edge of dough to seal dough. Place in a 9 x 13 inch baking dish that has been sprayed with non-stick cooking spray.  Pour apple dumpling syrup that you have made over dumplings.  Bake in a 375 degree oven until done (about 35 minutes.)  Serve warm with a little cream drizzled over top, or vanilla ice cream. 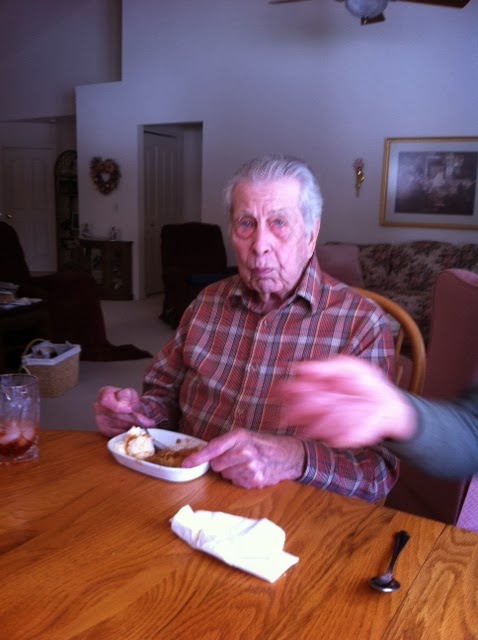 My Dad said Apple Dumplings are his favorite, although he says that about
everything he want's to make sure my Mom will make again!
Posted by thebluespottedowl.com at 7:23 AM